Transfer account
Traders Trust is a brokerage founded in 2009. The company values transparency above all, and that's why it's audited by such prominent companies as Deloitte and PwC. Being a classic ECN broker, Traders Trust focuses itself on advanced technologies and protection, which is proven by the company's using SSL. The Traders Trust team sees building long term client relations, based on fairness and integrity, as its mission, and that's why the clients get full information on everything, with no hidden quotes, platform bugs, slippage, or account terminations. If you are in search of a trustworthy partner, Traders Trust is one!

Due to the Juneteenth National Independence Day in the U.S, the trading hours for some markets will change on Monday, June 20, 2022. The markets will reopen as normal on Tuesday, June 21, 2022.

Check the updated schedule and prepare your trading plan ahead of the federal holiday.

Due to the Memorial Day celebrations in the U.S, the trading hours for some markets will change on Monday, May 30, 2022. The markets will reopen as normal on Tuesday, May 31, 2022.

Check the updated schedule and prepare your trading plan ahead of the federal holiday.

Because of the different starting dates of Daylight Saving Time in the US and the EU, from Sunday, March 13, 2022, until Sunday, March 27, 2022, the trading hours for the following markets will change.

Starting from Sunday, March 27, 2022, all markets will go back to normal trading hours.

We recommend that you check your MT4 version and update to the latest version if necessary.

How to check your MT4 version

If your version is older than MetaTrader 4 build 1340, download the latest MT4 version here.

On Sunday, October 31, 2021, EU Daylight Saving Time is ending, and clocks are moving back an hour in Europe.

In observance of the event, there will be changes to the market trading hours starting from November 1, 2021: 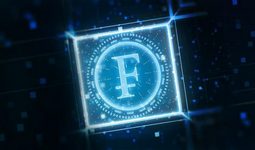 CHF Pairs Margin Back to Normal

If you have any questions, contact us via email at [email protected] or send us a message on live chat.

Hong Kong Exchanges have announced that markets will remain closed today, Wednesday, October 13, 2021, due to severe weather and a Typhoon Signal No.8.

This means that HK50 will be closed for the day, and it will remain so until the issue has been resolved.

Due to the Chung Yeung Festival celebrations, the HK 50 will be closed on Thursday, October 14, 2021.

We recommend that you check your MT4 version and update to the latest version if necessary.

How to check your MT4 version

If your version is older than MetaTrader 4 build 1320, download the latest MT4 version here.

Due to the Chinese Mid-Autumn Festival celebrations, the HK 50 will be closed on Wednesday, September 22, 2021.

Starting from Thursday, September 23, 2021, the HK 50 will return to normal trading hours.

Due to Labor Day celebrations in the U.S., the trading hours for some markets will change on Monday, September 6, 2021.

Starting from Tuesday, September 7, 2021, all markets will return to normal trading hours.

Please note that there will be an increase in the margin requirement for all CHF pairs as of today 19:00 GMT+3 (server time).

Due to the potential high volatility associated with the Swiss policy; and in an attempt to protect our clients from the risks associated with such potential moves, we will increase margins to 5% for all CHF pairs starting from today 19:00 GMT+3 (server time). This means that your current leverage for CHF pairs will be fixed at 1:20 after the margin change (even for dynamic leverage accounts, which will have CHF pairs with a fixed leverage at 1:20).

If you have any open positions with such pairs or are considering trading CHF pairs, please ensure you have enough free margin or fund your account to support swift market changes and increased volatility in these instruments.

If you have any additional questions about the upcoming changes, please feel free to send us an email at [email protected] or contact us via our live chat.

As you’re enjoying the summer holidays, we’re extending our market opening hours on US indices – US500, US30 and UT100 will be available for trading every weekday (Monday to Friday) between 01:01 until 23:59 server time (GMT+3).

These changes will take effect the 4th of August 2021 at 11 AM server time (GMT+3) and the new trading schedule will be available on our website under Products – Indices section.

Starting from July 6, 2021, all markets will return to normal trading hours.

Are Regulations Coming for Cryptocurrencies?

Financial sector regulators are eyeing thriving cryptocurrencies and intend to strengthen their attempts to regulate the digital assets.

Sheila Warren, head of data, blockchain and digital assets with the World Economic Forum said during an online seminar that another round of strong attempts to regulate the space is to be expected. She also said that with increasing activity in cryptocurrencies more pressure is going to come from regulators to actively get involved in controlling the sector. Warren also said that the borderless nature of cryptocurrencies and making sure that innovation is not held back add up to the challenges.

Digital tokens have been in the spotlight, especially after cryptocurrency exchange Coinbase’s debut on the Nasdaq that pushed Bitcoin to a new record high of almost $65,000. Bitcoin has been on an accelerating rally in the past year and as cryptocurrencies have been gaining in popularity among a widened audience, governments have been investigating the sector risks more closely. Crypto firms have been preparing to help form the emerging regulatory frame and confront skepticism about the digital assets.

Bitcoin surged on Wednesday surpassing $64,000 for the first time and breaking its March record. The jump in Bitcoin price marks traders’ bullish outlook on cryptocurrencies due to Coinbase’s listing on Nasdaq on Wednesday, April 14.

The digital token is trading at $64,542 at the time of writing. Crypto bulls have been pushing the price of the cryptocurrency higher as more companies embrace Bitcoin despite critics’ questioning for the durability of the boom. Coinbase’s listing on Nasdaq with a valuation of about $100 billion, is not only the biggest listing of a cryptocurrency company so far, but it also marks the growth of the industry and it’s the strongest sign of growing mainstream business acceptance for cryptocurrencies.

Cryptocurrency pessimists keep insisting that digital currencies have been boosted by stimulus and regulators keep doubting their effectiveness as a currency. In a recent interview, Isabel Schnabel, a European Central Bank executive board member, said that Bitcoin is “a speculative asset without any recognizable fundamental value”.

Keep following the latest updates in the digital assets market, trade major cryptocurrencies with some of the best trading conditions and join a trading competition to win up to $10,000 in cash prizes and an iPhone 12 every month.

Could Japan have Digital yen by March 2022?

Following other Asian countries, the Bank of Japan (BoJ) started trials for its own central bank digital currency (CBDC). The trials serve as part of the first phase of its Proof of Concept (Poc) which will last for a year and end in March 2022. It’s still unclear whether the central bank wishes to proceed with CBDC. Nevertheless, the technical feasibility of a digital Japanese yen will be tested during this year.

According to a CBDC document published by the central bank, two phases for PoC will be followed by a pilot. The first stage of PoC Phase 1 began on Monday, April 5 and “The Bank will develop a test environment for the CBDC system and conduct experiments on the basic functions that are core to CBDC as a payment instrument — namely, issuance, distribution, and redemption.”

The Australian dollar fell against the U.S. dollar in March, but hedge funds remain bullish on the declining currency.

The currency fell 1.4% in March and performed its worst in five months against the U.S. dollar. However, the economy exceeding expectations indicates that the Aussie dollar could rebound.

Bulls overlook the currency’s weakness in favor of their forecasts that the currency will strengthen. By the end of March, investors had increased their net long Aussie positions to the highest since last November according to Commodity Futures Trading Commission data.

Commonwealth Bank of Australia strategists forecast that the currency “can appreciate further because it is undervalued relative to its fundamentals.” The group also forecasts an increase in commodity prices for 2021.

They also wrote that a possible reduction in Chinese steel production and carbon border fees could affect the currency’s expected rise. Despite the risks, they still see the currency rising against the dollar in the next months and even expect an $0.80 rise by June.

Could the promising Aussie dollar forecasts be proven right? Stay up to date with the markets, trade aud to usd and benefit from Traders Trust’s premium promotions. The variety of promotions covers the needs of all types of traders.